Public transit in Managua, the capital of Nicaragua, is going completely digital this August. The entire city’s bus fleet is getting rid of the cash and coin payment system in favour of an electronic one with pre-paid cards. This is quite common in most modern-day public transportation systems, but in all of Latin America it’s only the second time it’s been implemented.

This is an amazing feat for a country that only emerged from a brutal civil war in 1990. The country is also plagued by endemic violent crime perpetrated by vicious gangs who are funded by drug trafficking and other criminal activities. Furthermore, there is pervasive corruption that cripples many government functions and undermines people’s trust in their government.

Nevertheless, the Nicaraguans are implementing this system for its convenience and speed as any country would, but they also expect it to actually clamp down on corruption. No cash makes it’s hard for the bus driver to take their cut. By that same logic it would also clamp down on passengers not paying their fares, a problem that any transit system faces.

So how about our TTC? Toronto in many ways is the complete opposite of Managua. Sure we probably have some corruption and certainly some crime, but not anywhere close to Nicaraguan levels. We also haven’t experienced any war (at least in our own backyard) in a very long time. So what’s our excuse?

Instead of an electronic system, we pay people quite generously to sit around all day and count our change. We have 69 TTC stations and more coming. That means hundreds of employees earning more than comparable jobs in the private sector, and getting benefits most Canadians can only dream of. Not to mention they pretty much can’t be fired. Sorry, I meant they have ‘job security,’ even if you want to release your bladder on the wall of your office in broad daylight in front of customers. With an electronic system many of these employees will be unnecessary.

Not only that, we also wait in lines to pay our fare, whether it be at a machine or a booth, and somehow always just miss that train. Sure we’ve got the Presto card, but it’s not on every bus or even at every station, so what’s the point? People are still stuck using the old system. None of the efficiencies possible with Presto can actually be realized.

While it’s still necessary to have a skeleton staff in case there are issues or someone needs help, an electronic system would significantly cut down on the TTC’s labour expense. That’s the TTC’s largest expense and costs the taxpayers over a billion dollars every year.

For convenience and financial sanity’s sake let’s follow Managua’s example. There is no excuse good enough to accept the gratuitous and entirely avoidable waste of our hard earned tax dollars. If Managua can do it, we can too. 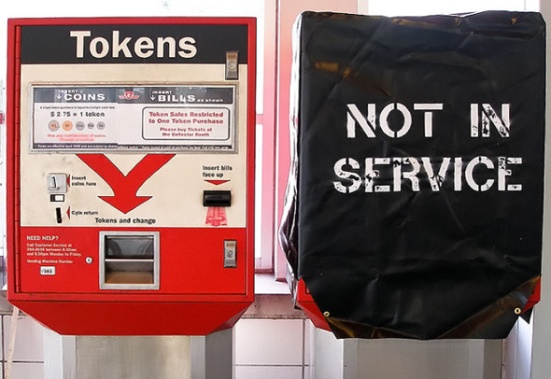 2 thoughts on “If Managua Can Do It, Toronto Can Too”